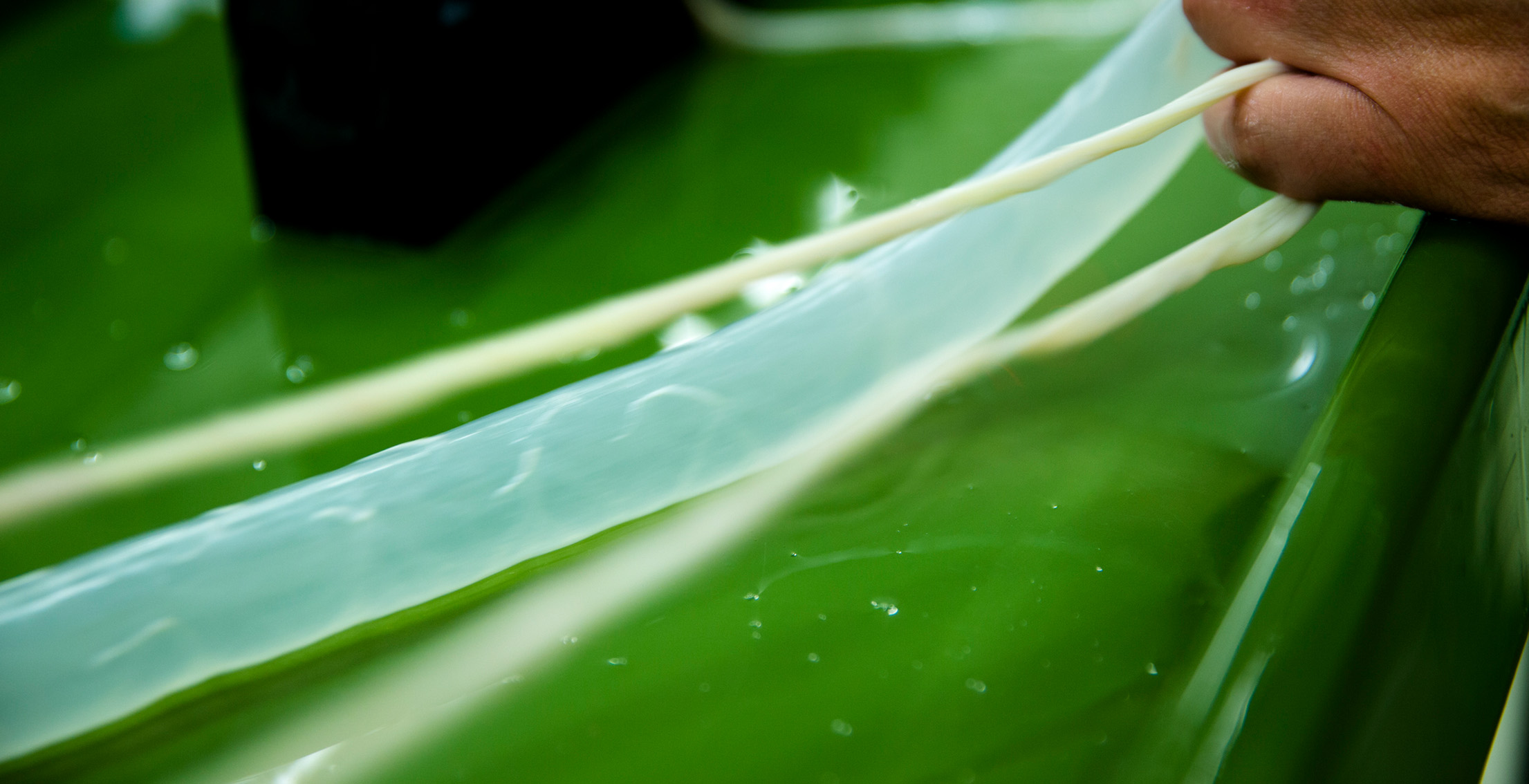 The Craft of Eco Casings

The Lokerse Feesten are one of the most popular summer festivals. For the hungry there are, inevitably, the 'Lokerse' sausages. These are horse sausages in a sauce with tomatoes. Many people are scared of horse meat. Unjustified, because it is among the healthiest and leanest meat types. For the sake of peace I will not sing the praise of horse meat here, but limit myself to the reason for this piece: I was invited by friends in Daknam (Lokeren) for a picturesque nature walk along the Durme and the Moervaart, crowned with 'Lokerse' sausages at their homes . During the walk a phenomenon came up that was unknown to me, and probably you too: for three generations a local company has specialized in the processing of natural casings for sausages of all kinds. Because what is the difference between minced meat and bratwurst? The form. We make the balls ourselves, sausages however come ready-made from the butcher or the supermarket. The casing in which the meat is pressed makes the sausage and that casing, just like the content, is part of an animal.

Hog, sheep or beef casings have been used since time immemorial to store and naturally conserve meat. The process has already been described in Homer's Odyssey. The casings must of course be thoroughly rinsed, pickled and sorted according to quality and caliber. Then they are ready for the butcher. And that's where the cat's our of the bag: who wants to do that today? When the company started, shortly after the Second World War, there was little industry in Lokeren and surroundings, and workers were easily found. But times are changing, and people have to look elsewhere for workforce. The company opened workplaces in Tunisia and Portugal in the 1970s, and later in Poland. When it no longer worked there either, in China. And so it happens that part of our bratwurst, meguez and chipolata, has made a journey from Daknam to China and back, from where they are sent out again into Europe, especially into Germany.

Remember this when you take another bite of a dry sausage: you can eat the casing too, it is a pure and clean product. Plus, a family business in Daknam makes a living of it.